How To Get Rid Of Ivy 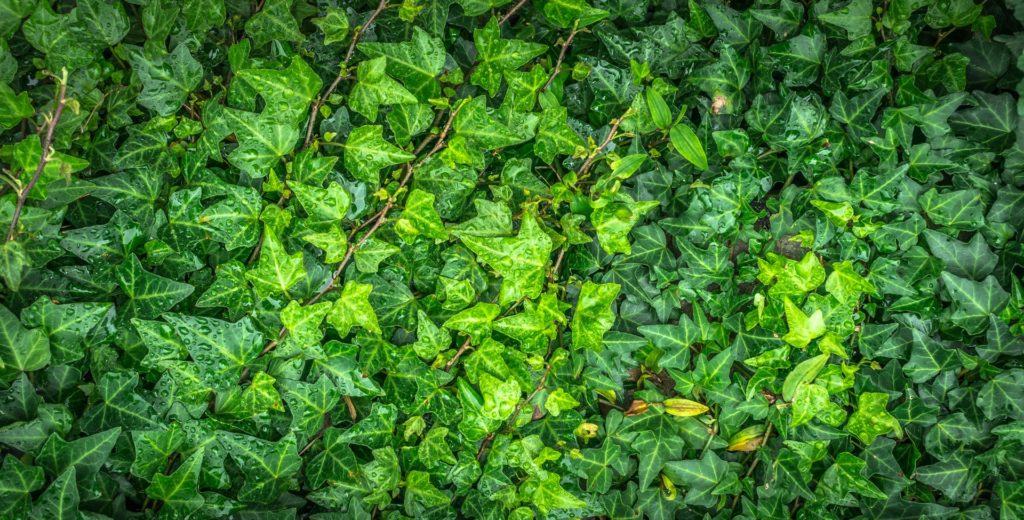 Firstly, don’t panic, we will explain to you how to get rid of ivy wherever it may be growing. It also is not dangerous unless you are exposed to the sap, this is when it can cause issues.

Poison ivy [Toxicodendron] is an American plant, very rare or even non-existent in Britain. In Britain you will find true ivy, scientifically known as Hedera. You can touch the leaves safely. but you should not eat it and under no circumstances let its sap touch your skin, mouth or eyes.It is not deadly, but you will be sore.

Firstly, don’t panic, ivy is not dangerous unless you are exposed to the sap where it can cause issues.

Poison ivy [Toxicodendron] is an American plant, very rare or even non-existent in Britain. In Britain you will find true ivy, scientifically known as Hedera. You can touch the leaves safely. but you should not eat it and under no circumstances let its sap touch your skin, mouth or eyes.It is not deadly, but you will be sore.

Another myth is that it damages walls. Yes, if walls are weak ivy will do them harm, but well-constructed walls can cope. Similarly, trees that are weak and diseased can become top heavy with ivy and topple in strong winds.

Another false belief that it is necessary to dispel is that ivy is a parasite. It is not, and this means that you cannot kill it by simply tearing it off a tree or fence. You need to destroy its roots.

So what is the problem? Ivy is so vigorous that it take over a garden, spreading up trees and walls, forming an unwanted ground cover. Ivy will destroy your flower or vegetable beds unless you take vigorous action.

I think it unlikely that Britons will ever have to deal with this plant, but there is a law that says what can go wrong will go wrong. So if you are eliminating this plant, cover all of your skin and ideally wear goggles. Remember, its toxins don’t decay immediately. Then dig it up by the root and dispose of it in the local tip, which sends its green waste to a hot compost system, which will destroy it. I would then wash the gloves afterwards. Remove the plant with tongs.

I said above that ivy is no parasite. It is a normal plant that roots in the ground and uses trees, walls and fences to climb. So it has two kinds of root:

So here is a good strategy on how to get rid of ivy in any location. Take your spade and go searching for the ground roots. When you have found them dig them up if you can. Then the ivy will wither on the tree, become lighter as it shrivels and looser from its holds. You can then pull it off more easily. Of course, you need to realise that there might be more than one ivy plant, so scout around.

You may not be able to dig the roots out so here is second method. Take a set of good secateurs or even loppers and sever the root just above ground level. This will cause the ivy to shrivel. But to prevent new growth springing from the broken root, scald it daily with boiling water. It is also possible to burn the top of the root with a garden flame gun, which will have the same effect.

Then you can pull the ivy from the tree/wall. Cut the stems to make them lighter to handle.

You can use weed killers on the ivy, but industrially produced, commercially available weedkillers have been proved to be of varying value and are not always reliable. Glyphosate, which attacks the roots, is a component of many herbicides, notably Round Up.Some pernicious, invasive weeds, such as ground elder seem to have some natural resistance to glyphosate, and this also seems to be the case with ivy. Amateur growers cannot purchase industrial strength glyphosate. You can use normal strength glyphosate to weaken the plant, but you will not get rid of it.

An effective weedkiller used to be known as pelargonic acid, now officially known as nonanoic acid. This works by rather quickly damaging the foliage. It will do some damage to ivy, but vigorous plants have the ability to resist and survive. That’s what makes them vigorous.

This is a weedkiller for if you are getting rid of a large infestation.

Pour detergent into the cup until it is a quarter full.Then thoroughly mix the detergent. salt and water together. Then transfer the water to the spray gun. Thoroughly spray onto the ivy, ensuring that you cover all infested areas. You may have to repeat the treatment on more than one occasion. But be careful. While this treatment will kill off the ivy for good, it will damage plants that you want to keep.

Vinegar is acidic, and just as you would not want to drink a cupful, neither does ivy. Gardeners recommend that you take a white vinegar, fill a small spray gun with it and fire away at the ivy. This is suitable for smaller infestations. You may need to to repeat this application.

To control ivy you cannot just spray it, sit back and say triumphantly, “Sorted!” The invasive plant grimly mutters, “I’ll be back!” I have had trouble with invasive that come from under a local road. The council won’t let me dig the road up! So back they grow..

You need a long term plan for controlling invasives. Keep a regular eye on your garden looking out for invasive plants. Be especially vigilant after holidays and in spring. Then eliminate them quickly or book us in for an extra pair of hands

Ivy can be a nuisance, but it has a place in nature. Its nectar is nourishing for insect life, and in ivy clad walls small birds can make their nests, so it is part of a wildlife garden, but you cannot let it get out of hand. Your choice must be either control or removal of the ivy using one of the above methods or call in the professionals

Please do let us know your thoughts below, experiences and methods you have tried for removing ivy. 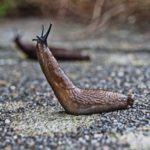 How To Get Rid Of Slugs

How To Control Ants In Garden 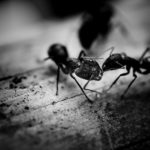 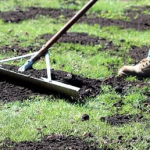 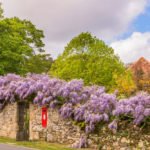 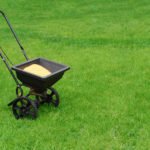 Open chat
Hello
Please do let us know if we can assist at all.
Click here to call